Skip to main content
The streaming home for your fitness world.
✕ ✕ 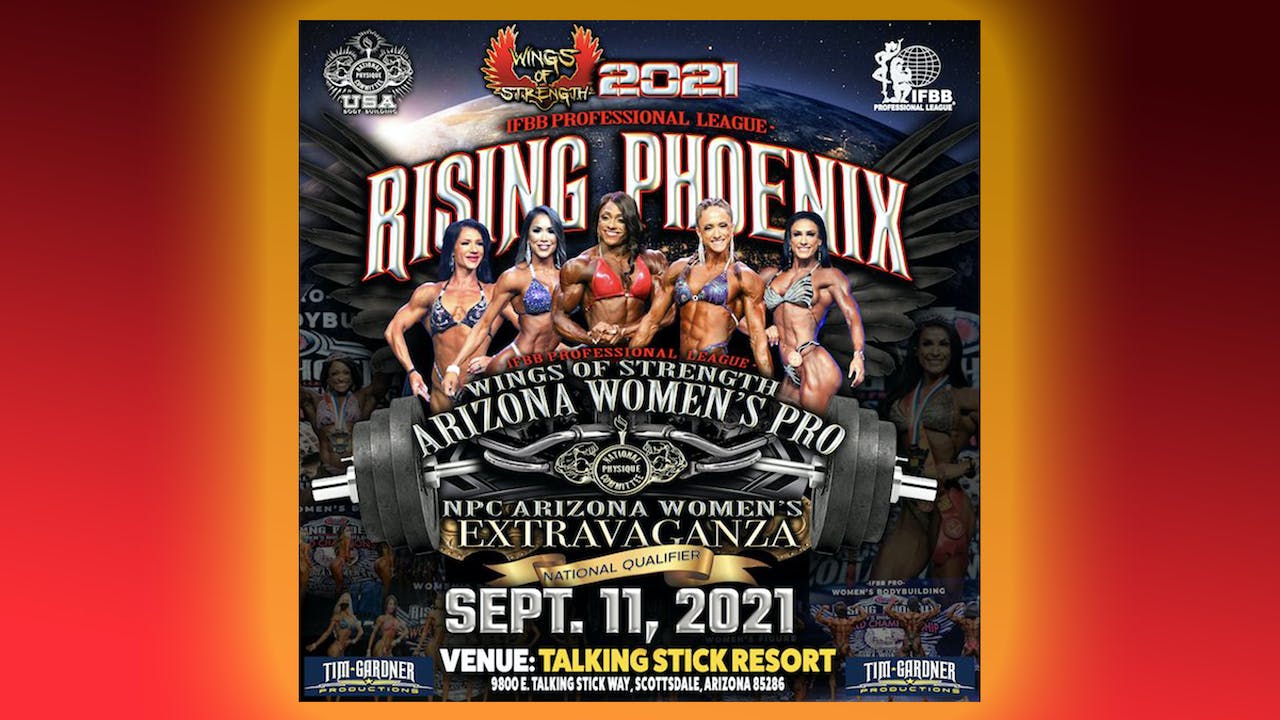 After the elimination of the Ms Olympia in 2014, Wings of Strength and Tim Gardner created the Rising Phoenix in 2015 to offer a World Ranking event opportunity for women.

Hosting three competitions in one, this all-star event is the only All-Women’s Pro show in the world with over $100,000 in cash and grand prizes!

The Rising Phoenix offers a coveted title and grand prize of a $50,000 check along with a brand-new top of the line iconic American prize vehicle to the new Women’s Bodybuilding World Champion.

The Rising Phoenix and Arizona Women’s Pro is a 2021 Olympia qualifier for IFBB professional athletes, and a National Qualifier for NPC amateur athletes.

Witness history and see who will get crowned as the 2021 Rising Phoenix Women’s Bodybuilding World Champion!