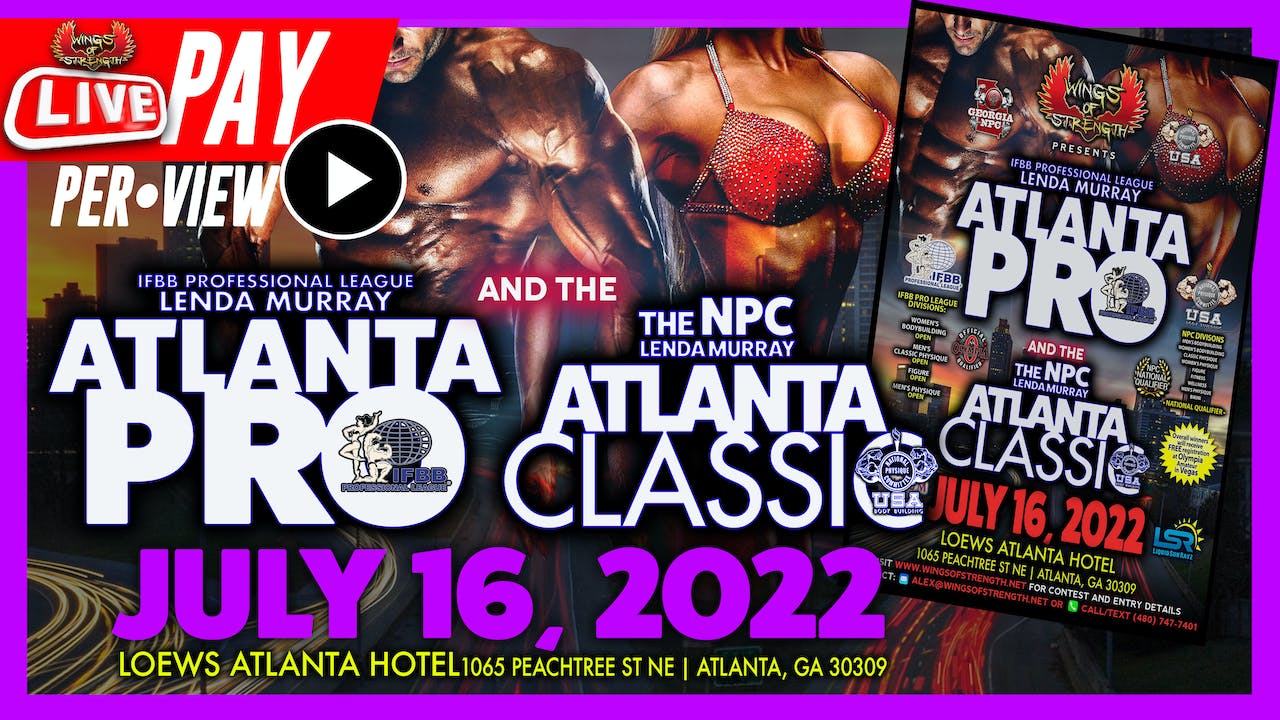 Featuring both professional and amateur bodybuilders, this event garners the industry's top acclaimed athletes as they compete to qualify on the world renown Mr. Olympia stage this December in Las Vegas, Nevada. The ATL Pro-Am is both a 2022 Olympia qualifier for IFBB professional athletes, and a National Qualifier for NPC amateur athletes.

Unlimited replays are included in this package.