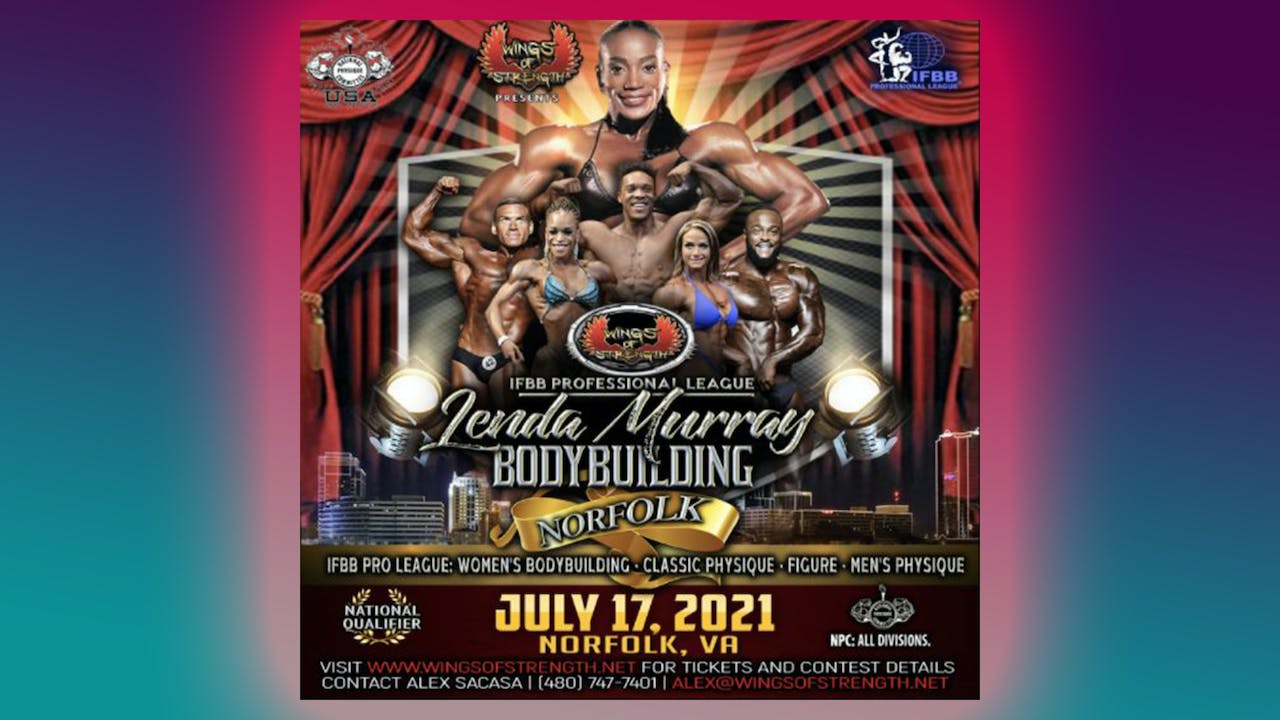 Lenda Murray is one of the world's most decorated bodybuilders as an eight-time winner of the Ms. Olympia title, the highest achievement in professional female bodybuilding. Murray will also be accompanied by the reigning 2021 Ms. Olympia winner Andrea Shaw, who will be the show's official honorary guest poser.

Featuring both professional and amateur bodybuilders, this event garners the industry's top acclaimed athletes as they compete to qualify on the world renown Mr. Olympia stage this December in Orlando, Florida. The Norfolk Pro-Am is both a 2021 Olympia qualifier for IFBB professional athletes, and a National Qualifier for NPC amateur athletes.